Bordeaux is a region where charm and history flow freely just like the well-known wine produced in this area. A vacation to this city is one for all the senses. Delve into Bordeaux’s fascinating history of wine country and ‘taste’ the fruits of its labor. From the vineyards that are living pieces of history to the museums specially dedicated to the city’s history. Here are the top attractions in Bordeaux, France. 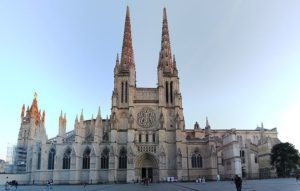 Cathedrale St Andre
The adorable Cathedrale St Andre dominates Bordeaux’s city center. First sanctified in 1096, only one wall remains from this time and much of this cathedral dates back from the fourteenth and fifteenth centuries. This masterpiece is considered the most beautiful and largest religious building in Aquitaine. Its towers soar to 265 ft. and inside you’ll find the magnificent Marcade collection of 42 illuminations as well as other religious artefacts. Besides the cathedral, Tour Pey Berland bell tower presents visitors with an opportunity for fabulous views and a challenging climb.

Opera National de Bordeaux
This opera house is housed in the majestic Grand Theatre of Bordeaux. Ever since it was inaugurated in 1780, it has hosted several operas, ballets, and other performances. Opera National de Bordeaux was designed to be the arts temple by Victor Louis, and he has definitely achieved that. From the soaring auditorium to the imposing staircase and entrance hall, the skill and scale of this building’s construction are truly spectacular. 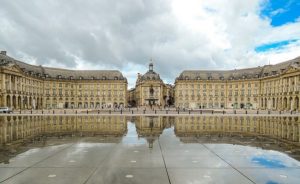 The breathtaking Place de la Bordeaux is perhaps Bordeaux’s most iconic sight. Built by Louis XV’s First Architect, Ange-Jacques Gabriel, this edifice dominates the Garonne banks. This square is loved by both locals and visitors and makes a great place for a stroll. It is bordered on three sides by the central pavilion, Hotel des Fermes, and Hotel de la Bourse.

St. Seurin Basilica
Dating back to the 11th century, St Seurin Basilica is one of Bordeaux’s oldest buildings. It was built by the monks to accommodate pilgrims on the pilgrimage route of Saint James de Compostela. In the 13th century, the church was added to with the construction of a Gothic entrance and again in the 14th and 15th centuries with the construction of many chapels. The surrounding grounds and large structures make for a peaceful oasis in the center of the city. 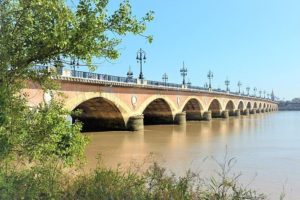 Pont de Piere
This is a landmark bridge that connects the left bank with the right bank of the Garonne River. Completed in 1822, this was the first bridge that was built across the Garonne. Walking under the ornate streetlamps of the bridge in the evening is romantic and lovely.

This entry was posted in Travel and tagged tips, travel guide. Bookmark the permalink.